While those in love treat Chocolate as an aphrodisiac, those on a diet run in the opposite direction of a Chocolate bar. Whatever your take is on this ‘food from the Gods’, you can’t possibly be human if you don’t enjoy Chocolate in some form from time to time.

Here are few myths about Chocolate that we are happy to see debunked.

Myth: Chocolate lacks any nutritional value.
Fact: Chocolate is a good source of magnesium, copper, iron and zinc. It also contains polyphenols (an antioxidant also found in tea and red wine) that have been associated with a decreased risk of coronary disease. An average Chocolate bar contains about the same amount of antioxidants as a glass of red wine.

Myth: Chocolate causes cavities.
Fact: Candy alone is not responsible for cavities. Cavities are formed when bacteria in the mouth metabolize sugars and starches from any type of food (soda, candy, juice, bread, rice and pasta) to produce acid. This acid then eats through the enamel of the tooth, causing a cavity.

The protein, calcium and phosphate content of milk Chocolate may actually protect tooth enamel, and its naturally-occurring fat content means that Chocolate clears the mouth faster than other candy, reducing the amount of time its sugars remain in contact with tooth surfaces.

Proper oral hygiene to remove carbohydrate residue can prevent the formation of cavities—whether you avoid Chocolate or not.

Myth: Chocolate causes acne.
Fact: Regardless of what your parents say, studies in the past 20 years have eliminated Chocolate as a cause of acne. In fact, many dermatologists doubt that diet plays any significant role in the development of acne. Acne is now believed to be caused by a combination of high bacteria levels and oil on the skin.

Myth: Chocolate causes weight gain.
Fact: Any food can be part of a healthy diet if consumed in moderation. An average Chocolate bar contains 220 calories, which is low enough to be a part of a weight control diet if other high-calorie foods are eliminated. Enjoying the occasional piece of Chocolate may reduce the risk of a binge, when you feel deprived of your favourite foods.
Chocolate’s bad reputation is slowly changing and research now shows that Chocolate can be a part of an overall healthy lifestyle, when consumed in moderation.

Get your monthly supply at our store. So many brands, so many offers, so much choice. We won’t judge. Go right ahead! We know you want to.

Thank you pixabay.com for the images.

The most fascinating part about food is the diversity with which it is relished all around the world – the various flavours, multiple eating techniques or even weird delicacies and beverages that is one man’s poison but another’s dinner. The only thing more intriguing than the diverse cuisines found worldwide is probably the food festivals that commemorate these delicious or even strange foods in the most bizarre of ways. Here are our picks of the most insane food festivals around the globe that celebrate food in even crazier ways:

For those of you who are thinking – where is the crazy in vegetarian food – let us tell you that this festival tops our list of eccentric food festivals. And here’s why! As legend has it, a troupe of Chinese opera singers was on a tour in Phuket in the 19th Century. One of them had an epiphanic experience where they failed to honour the Nine Emperor Gods and returned to China to invite the Gods back to Phuket. In this moment of epiphany, with a display of piousness, the troupe resorted to full abstinence, no meat, no sex, no drinking, no swearing and with time their health improved and a festival was born. But this is not even the most intriguing part about the festival.

As myths morphed into reality, with time, the changes in the festival now accommodate a rather peculiar tradition. During the nine days of the festival, onlookers will notice the streets of Phuket filled with people pierced with long pins, knives, swords, bamboo sticks or similar sharp objects. This is their way of displaying the belief that the Gods will bring healing waters and their wounds will be healed.

What to try: Look out for the yellow signs with red letters in stalls to help you distinguish the special vegetarian dishes. 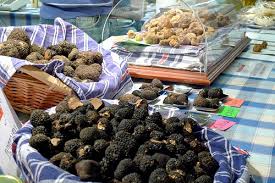 Prized for their medicinal and aphrodisiac qualities, truffles are definitely one of the finest and most prized delicacies of the culinary world. This is the mother of truffle festivals and it doesn’t require you to shell out big bucks in order to enjoy the festivities. Apart from truffles, there are other things on the menu which Italy is famous for  – cheese. cured meats, Wine, olive oil, pastas and honey. This is a festival in its truest sense as it also has Wine tasting, donkey racing, a medieval parade, cooking worships and ample opportunities to savour the best of truffles. The cherry on the cake is indeed the live auction of the most expensive tuber in the world.

This festival is an-invite only event, attended by celebrities and top chefs. The proceeds are donated to national and international organizations. Throughout the fair, the center of attraction is the Alba White Truffle Market, where you can immerse yourself in an environment full of the good black stuff and if you can’t buy them by the pound you could devour by the plate!

What to try: Pasta, Risotto or anything with a truffles adorned on top 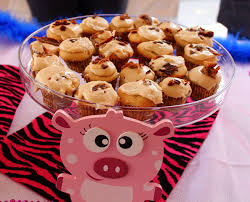 This festival celebrates the most popular food item in the United States; you guessed it right, Bacon it is! It is much unlike any festival because it has a concurrent event running simultaneously known as the Easton Farmer’s market. Here, you can purchase fresh organic bread, cheese, meat and other sustainable dairy products. Most activities in the Baconfest are free, the bacon however, isn’t.

This celebration is so special because it has something for everyone; there’s an activity area with pig-related games to keep your kids entertained as you eat your heart out. And if you’re an adult that loves the combination of pork and beer, then this fest is your dream come true. You can also participate in outlandish games where the best oinks and grunts win a prize or you can bid on your favourite porcine art.

What to try: Bacon jam, Bacon Bloody Mary, Bacon pizza, Bacon wings, Bacon polenta, and anything with Bacon in it ( which is everything in the fest)

The only way to enjoy a kingsize celebration is by making the most of it. There is a lot that this Hungarian festival offers for those who are not there just to sample the world-renowned sausages. Most great festivals strike the right balance between food and entertainment just like this festival which is much more than just what its name suggests. What really contributes to the positive environment is the folk and popular music entertainers who really bring the life into this gathering.

You will be greeted by evenings with Hungarian and international performers. And if for some reason, you’re not really into the entertainment bit then there is also a Wine festival that accompanies the sausage festival and is the perfect opportunity for the Wine regions to showcase their specialities. There is also a Food and Agriculture exhibition that promotes the region’s food and agricultural products.

Coming back to the crowd-pleaser, the reason behind the festival, the Csabai sausage is world-famous and all for good reason. You can purchase these from local sausage makers or enter a dozen other sausage making contests. There are a variety of sausage contests like dry sausages, pig-fest and a stuffed cabbage-making competition and where you don’t just get to make the food but also taste it.

What to try: The in-house speciality – Sausages from any of the local vendors.

An annually festival in one of the most gorgeous ports of Normandy, Honfleur Shrimp Festival attracts visitors from all over the world who come to town for the greatest shrimp-peeling competition. Apart from this, the festival also offers a hoard of other attractions such as concerts, an arts and crafts market and more. The whole theme is augmented with the sea shanties as old sea vessels in the charming port.

In addition to shrimps, crevettes and other seafood, the festival menu also offers cheeses, meats, pastries and bread as well as plenty of Calvados (apple brandy, a speciality of Normandy) and cider.

What to try: Fresh shrimps being served at any of the restaurants for just 1 Euro! You can enjoy a meal at the water’s edge.