Hopefully after reading the previous editorial (Whisky: An Introduction, Part I) some you may know a tad more about the greatest sun downer of all times!

Let’s see if you get this one right – If a Scotch Whisky bottle has a label featuring an age statement ‘18 Year Old’ how old is the Whisky?

All you fine gents or ladies who are interested in the subject and get the above one right certainly are not a part of the majority! Contrary to popular belief that the age statement of Whisky displayed on the bottle is the oldest or the average age of the whisky, it is the age of the youngest Whisky in the bottle. So by that standards if a bottle has whiskies aged 12, 15 and 18 years the age statement will display as 12 years. Going by that rule, again laid out by the S.W.A; the answer to my question would be option ‘c’.

In the second episode of ‘Introduction to Whisky’ I will help familiarise you with the production of Malt Whiskies. While I know most of the readers are eager to get to the ‘practical session’ of Whisky tasting rather than spending precious time reading the ‘theory’ of the subject, I will try and concise the interlude. I can also assure you that learning the basics of Whisky production not only helps in appreciation of the spirit better, it also becomes a dominant factor in the selection of your Whisky!

So we left the discussion at barley? Or did I add water? I stumble on another raging debate! Adding water or not to, when tasting Whisky? We will save that for later. Limiting the subject to production; there is no Whisky without water! You will realise that water has an ever increasing role in the production of Whisky. The importance garnered is so dominant that you will find labels mentioning the ‘Source” of the water used in the production. The streams of Himalayas are also tapped! Not in the production of Single Malt Scotch…at least not yet!

During the ‘Malting’ process, barley is soaked in water for two to three days, then spread out to germinate. This process of germination takes around a week in Scotland, but in a tropical country like India this takes only a couple of days! Once the barley has begun to sprout it is dried in an oven called a ‘Kiln’. This drying not only stops the germination but also adds the flavour of ‘smoke & peat’. (The process of drying is often fuelled by burning ‘Peat’ *). The dried barley is then crushed in the ‘Malt Mill’, and is called ‘Grist’. Hot water is added to this ‘Grist’ in a large vessel called a ‘Mash-Tun’, where the ‘Grist’ and hot water is mixed thoroughly. This ‘Mashing’ process converts the starch inside barley to sugars, which can be later fermented to produce alcohol. Think of the mashing as similar to adding hot water to muesli!

This mixture is known as ‘Wort’ which is Whisky in its nascent form. The magic ingredient for the production of alcohol is yeast, brewer’s yeast to be precise. This special type of yeast is added to the ‘Wort’ in a fermentation container known as ‘Washbacks’, the fermentation takes two to four days and the ‘Wort’ turns to ‘Wash’ once done. ‘Wash’ is a frothy liquid with an alcohol content ranging from 7-10%; this is also a form of beer!! So how does this beer ‘grow up’ to be a spirit with alcohol strength of about 70%? The answer is ‘Distillation’.

The distillation of all Scotch Malt Whisky is carried out in copper ‘Pot Stills’. These are vessels with a large pot shaped bottom and a slender neck bent like a swan, this is where the vapours are collected during distillation. This process should be relatively simple to those readers who understand chemistry (unlike me). Alcohol boils faster than water so when the ‘Wash’ is boiled the alcohol vapourises first and condenses down the neck of the ‘Still’. The first time this process is carried out it produces something known as ‘Low Wines’ with an alcohol percentage lower than required (10-20%), the distillation process is then repeated to remove impurities and improve the alcohol yield.

I am sure most readers would have observed the line ‘Triple Distilled’ on a few Whisky and Vodka bottles. Most of the Single Malt Whiskies are distilled twice and some of them adopt the triple distillation process. This method of production in batches with ‘Pot Stills’ differentiates the process of Malt Whisky to that of Grain Whisky production which uses ‘Coffey Stills’ or ‘Continuous Stills’.

Whisky production is a matter of the ‘heart’, and I literally mean that! Every distillation run the produce is divided into three cuts:

1. Head (the first liquids which trickle from the condensation neck of the still)
2. Heart (the spirit which ‘Matures’ into Whisky)
3. Tails (like the name suggests the very last liquid produced)

This ‘heart’ of the distillate is a clear liquid with the desired alcohol content. Did I just say clear? What happened to the golden spirit that was the crux of the matter? Hold your horses or rather your drink. We have to let this liquid ‘Mature’ as stated above. Remember the literally ‘golden’ rule? For a whisky to be known as Scotch it has to undergo the maturation process for a bare minimum of three years? Hmmm, I hope ‘Age’ is not catching up!

The Maturation process, different regions of Scotland and much more in the next episode! Keep watching this space.

Know your drink, and drink it responsibly!

* Peat is a fossil fuel found in European countries and is used by distilleries to dry the barley. Its ability to impart a smoky flavour to the barley is much desired and used widely though more efficient alternates are available

Opinions cited in the above article are purely of the author. Hemanth Rao is a Single Malt lover and the founder of Single Malt Amateur Club India. Read more about SMAC at https://www.facebook.com/smacamateurwhiskyclub

So what is ‘Whisky’? What is ‘Malt’? Why is everyone speaking about ‘Single Malt’ Whisky? Scotch is surely from Scotland… or is it? IMFL? Why has this drink captivated the interest of connoisseurs ranging from Mark Twain to Thomas Jefferson? To answer some of these questions and plant many more, Nuance Duty Free Bangalore, India brings to you the first of four edutaining articles on Whisky. We hope to wet your palate with some interesting facts which will help you appreciate your Whisky better.

Going by the general behaviour of consumers of alcoholic beverages, when you are close to 18 years of age you swear that Beer was the best discovery by mankind. Turn 20 and you know why Russian women are pretty and nothing tasted as good as flavoured Vodka, the intoxication quick and handy too. The “mature mind” syndrome at 23! It’s a sailor’s life and Rum is the order of the day. No hangovers… or so they say… economical and most effective. Dabbling around at 25 with the doctor’s Brandy, or were you looking suave with Gin and Tonic in the Martini glass? Smiling? Did I just hit the rewind button, or are you still dwelling in the above stages? Ah! Then it’s the passion of the Bordeaux Vintage Chardonnay at 27? Wine is an excellent conversation starter and has been proven to be good for health (Let’s forget the quantity consumed at the moment). Well, the story remains the same for most, but when you are closing in on 30, you join ranks of the vast majority. You get struck by a rich, smooth, warm and smoky dram! That dear friend is a fatal blow; there starts the affair with king of drinks, Whisky! 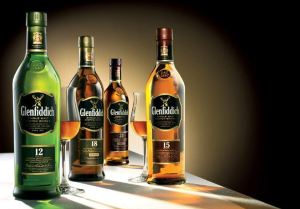 Statistically the one night stand with this spirit blossoms to a full blown affair only by the mid 30s, but then there is the odd exception of those who marry early or late. In this relationship unlike many we familiar with, most are faithful and indiscretions are limited to the occasional beer or other spirits due to lack of availability of the preferred choice.

So let’s start with some basics and understand “Usige Beatha” or ‘Water of Life’ as it was referred to by the Scots in Gaelic! Whisky is made by the fermentation and distillation of a cereal grain. The most proficient of which is barley. Barley is a grain which by appearance is very similar to wheat but both are two very different types of grasses. The other forms of cereal used for the production of different kinds of Whisky worldwide are rye, corn and combinations of the above. Malt made from barley is an ingredient in most Whiskies. Closer to home in the subcontinent, Whisky is majorly produced through fermentation of sugarcane molasses largely or in some cases grain such as paddy. So here is the debate; some of us may have read that India consumes the almost the same amount of whisky that the entire world put together but most ‘experts’ differ in this assessment. Traditionally spirits made from the fermentation of molasses are known as Rum, which in our country is presented as Whisky by addition of some grain or malt spirits; hence the difference in views about India’s stake on Whisky consumption.

Let’s stay clear of the debate for now, especially when the views are influenced by the golden spirit itself! We will focus on Scotch Whisky in this article, which by any standards of the world qualifies to be called Whisky. Scotch Whisky has stipulated laws governing the production and is acclaimed for excellent quality control. The Scotch Whisky Association (S.W.A) which governs and regulates Whisky produced in Scotland has the laid down rules for the benefit of consumers. The last modification to the regulation on was passed in the year 2009. Featured below are some of the important regulations of this Association for Whisky to be called ‘Scotch’ and for production in Scotland:

Whisky is categorized by the primary ingredient of malt or grain; hence the Single Malt and Single Grain Whiskies are the foundation of all further variants of Scotch. However the biggest commercial differentiator and one which is used by consumers and Whisky companies are by Blended Whisky or Single Malt Whisky. Single Malt Whisky is produced from water and malted barley at a single distillery by batch distillation in pot stills. Please note as per the SWA guidelines there can be no additives including caramel colouring for Single Malt Whiskies. While Blended Whisky dominates the market in terms of sales and customer preference, Single Malt Whisky is considered to be a connoisseur’s choice or rather a preference of consumers who know their Whisky. There are three types of blended Whiskies available in Scotch with subtle but important differences:

I hope the introduction to Scotch Whisky has helped some of you to understand some of the basics better and has served as a refresher to more accomplished readers. The next episode we will dwell on the production of Single Malt Whiskies and understand the production of this spirit. Till then do enjoy your dram. Drink responsibly!

Opinions cited in the above article are purely of the author. Hemanth Rao is a Single Malt lover and the founder of Single Malt Amateur Club India. Read more about SMAC at www.facebook.com/smacamateurwhiskyclub/